by Vic and Gab 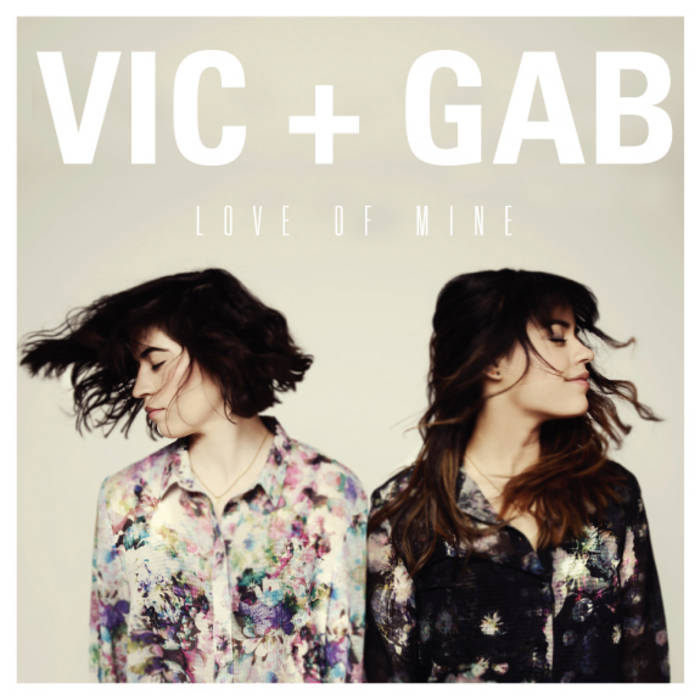 wonderdog This is good.

Cody Clark Oh My Goonesss, I'm in love again... Buy this and you'll see what I mean. Favorite track: Love of Mine.

Nicholas Benn Great addition to Bridges and Guns. Can't wait to see these girls perform in Milwaukee. Favorite track: Why'd You Go Away.

jesse connolly I guess I am a sucker for awesome sister music. A dreamier Tegan and Sara. Cords and lyrics that make you wanna lip sync and shake your hips. Major guilty pleasure. I am smitten. Worth every penny. Favorite track: Let You Down.

"The full album reveals how deeply Victoriah and Hannah Gabriela plumb their jangling, melody-oriented niche, from keyboard-anchored anthem "Crazy Love" to bouncy call-to-dance "When You Walk in the Room." This love of theirs is specific and subtle, but they know it well, and it shows."

"Vic and Gab are a songwriting sister duo that craft bubblegum janglers with pliable melodies and soft-edged vocals. "Come and Stay," a highlight off the Milwaukee daydreamers' upcoming full-length debut, is a prime example. A romantic number with plenty of shuffle, it puts Victoriah and Hannah Gabriela's love of Death Cab for Cutie on full display, particularly when the pair repeats the simple but sentimental line, "When you go / Will you go slow?""

Vic + Gab are a song writing sister duo who play mesmerizing, grooving and powerfully catchy indie pop. The band took off in early 2011 with an opportunity to have a song featured on MTV's fleeting teen series Skins. One of the bands culminating moments was playing at President Obama's Re-Election Rally in front of over 18,000 people. ... more

Bandcamp Daily  your guide to the world of Bandcamp